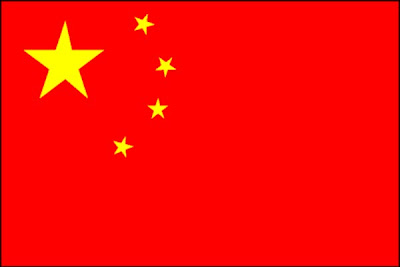 12/11/09 China (AP) Fast-growing Christian churches crushed in China- In China, large congregations seem to be the target of a government backed crackdown. At least three large churches have been attacked. The Golden Lamp church in the northern province of Shanxi, which serves close to 50,000 people, was recently attacked by hundreds of hired thugs and police officers. The attackers smashed doors and windows, stole Bibles, and attacked numerous parishioners to the point of needing hospitalization. The co-pastors of this church were also jailed. The authorities attribute this attack and others like it to land disputes. In reality these churches may be under attack because they reject the state-controlled church. Golden Lamp church has been closed with the gates locked and guarded by police. Full Story.

12/18/09 UK (The Christian Post) U.K. Court rules against Christian who refused to conduct gay ceremony- Lillian Ladele has worked with the Islington City Council for close to 16 years. She claims that recently she has been ridiculed and bullied. Why? For refusing to "conduct a same-sex civil union ceremony because it violated her religious beliefs." On December 15, 2009 a London Court of Appeals ruled against Lillian in this case. Full Story.

Pray that the bullying Lillian is experiencing will stop
Pray that this case will not become precedent in England and other countries
Pray that God will continue to give Christians the boldness to fearlessly follow their conscience while working in public office positions despite the consequences.

12/15/09 Pakistan (ANS) Those affected by the violence in Korian and Gojra in Pakistan are slowly being 'healed'- July 30, 2009 was a day when more than 50 houses and four churches of Christians were burnt by extremists in Chak 362 JB, Korian in the Punjab Province of Pakistan. On August 1, 2009, just two days later, in Gojra, a Christian colony in the Toba Tak Singh district of Pakistan, Muslim extremists burned seven Christians to death and burned possibly more than 68 homes and two churches. 101 of those accused of bringing about these crimes have been arrested. 189 more of the hundreds accused have been sent to court. In Gojra 68 houses and two churches have been rebuilt and in Korian 49 houses and four churches have also been rebuilt. The government is providing legal and relief aid to the victims. Full Story.

12/20/09 Iraq (ANS) Continued Attacks on Assyrians in Mosul Kill 5, Including Newborn Infant- Since 2004 Assyrian Christians in Iraq have suffered consistent attacks. Al Qaeda is behind a bombing on December 15, 2009 in Mosul of two churches and a church school. Sadly the bombings killed 5 people including a newborn baby and injured 40 others. As a result of persecution thousands of Assyrian Christians are displaced within Iraq or living as refugees in nearby countries. Full Story. 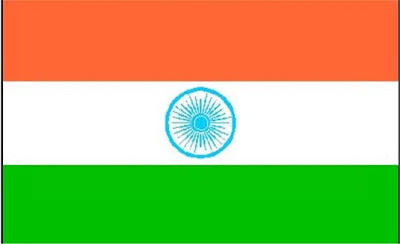 12/18/09 India (AsiaNews) India: Parliament set to discuss proposed equal rights for Dalit Christians, Muslims- An Indian law concerning the caste system and dates back 59 years "justifies the discrimination of Dalits according to their religious affiliation." Essentially, the law does not allow for Dalits to be discriminated against if they are Hindu, Sikh or Buddhist. Any Dalit that ascribes to a religion other than the three listed including Christianity, Islam, and others can be discriminated against and the law would and has supported such discrimination. The Dalits also known as the Untouchables are people classified under the lowest caste of India's caste system. The National Commission on Religious and Linguistic Minorities has given the lower house of the Indian Parliament, the Lok Sabha, a proposal to remove this law from the constitution. They seek to have the law removed so a Dalit's status is no longer associated with his or her religion. India's parliament will discuss this proposal. Full Story.

Pray the discussions won't be in vain and much good comes out of them.
Pray the law will be abolished and Dalit Christians in particular will no longer be discriminated against.

12/23/09 Iran (ICC) Iranian Police Attack Pre-Christmas Celebration- International Christian Concern was informed that in Karaj, Iran on December 17 a Christian worship gathering was raided by security police and undercover officers. Two leaders of the group were arrested and it is not known where they are being held. 70 new believers were present at this gathering which was a pre-Christmas celebration. Full Story.

Pray the two leaders are released.
Pray such attacks on Christians are exposed and stopped
Pray that Christmas will be a joyous time for Iranian Christians and not one full of grief.