"It's not really a person" 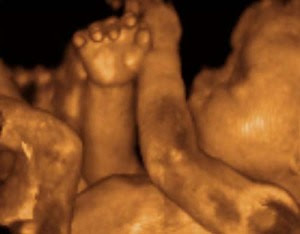 The following is a very disturbing story out of Virginia. A story that shows just how depraved the human heart truly is. And, how some politicians don't care, just so long as they get re-elected. And, if this story gets enough national attention, it may just give us a glimpse into the mindset of many. From HotAir via Ingrid Schlueter at CrossTalk:

This may be the worst story of the year, at least in reference to domestic policy and crime. How bad is it? When Matt of Creative Minority Report tipped me to it this morning, I had to track it down to make sure it was on the level. A woman in Campbell County, Virginia smothered her newborn infant, and police are powerless to do anything about it:

The Campbell County Sheriff’s Office and Commonwealth’s Attorney’s office worked unsuccessfully to get the law changed after another baby died in the county in a similar case. Emerson says they asked two delegates and one state senator to take the issue up in the General Assembly.

And since this was not the first time, the state legislators and other law-making bodies in the state would have been more than quick to close that loophole......or not:

Emerson says they asked two delegates and one state senator to take the issue up in the General Assembly. He says the three lawmakers refused because they felt the issue was too close to the abortion issue.

The reason this loophole is still in place can be summed up in one word: VOTES. These greedy politicians who are so ensconced in their thrones that they couldn't fathom losing their power and going out to actually get a real job, have allowed an innocent baby to be destroyed by a woman who didn't want to be "punished with a baby." Thank you, Earl Warren and company. Thank you Planned Parenthood. Thank you Margaret Sanger.