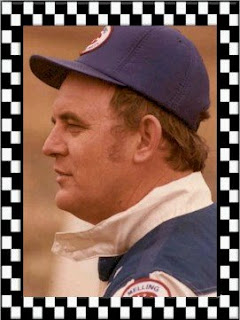 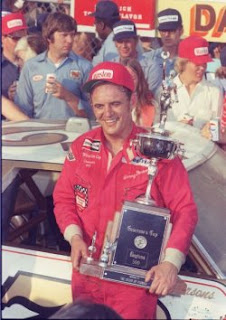 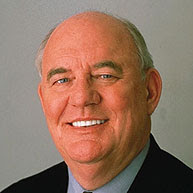 As the NASCAR Nextel Cup ("Ya dun whut in yer cup?") season edges closer to its start, one of its most-loved figures has left us. Benny Parsons, the 1973 NASCAR champion, has died at the age of 65 from complications due to lung cancer.
One of my favorite recollections from when I first started watching NASCAR in the mid-90's was the team of Mike Joy, Buddy Baker, and the man they called "BP". He, along with Joy, Eli Gold and Alan Bestwick, were among the most recognizable voices in racing. Nowadays, in most any sport, it seems like the goal is to sound exactly like everybody else. And it is no different in NASCAR. Gone are the days of DW's drawl, BP's deep baritone, and--among drivers, anyway--the "numm twuhnuhtoo Ca-ahpilluh Poan-ak" (translated, that is the "number 22 Caterpillar Pontiac") of Ward Burton (Boy, I'll bet the suits at NASCAR were chuggin Mylanta when he won the Daytona 500. "Oh no, that hick-sounding redneck is going to go on talk shows representing us!!"). But I digress.
So, for all of us NASCAR fans here in Tennessee, and for those in the rest of the country, so long, BP. We're sure gonna miss ya!!
Posted by Unknown at 1/17/2007 10:07:00 AM