A Survey of the Old Testament Law--Beginning Leviticus (1:1-1:2) 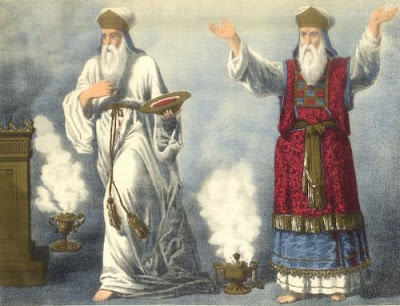 So now that we have finished our look at the beginnings of the Law in Exodus, we move on to a verse-by-verse survey of the book of Leviticus. This is not exactly everybody’s favorite book in the Bible. Most people would rather read Ephesians or one of the gospels or Romans. But Leviticus is, in my opinion anyway, one of the most important books in the Bible. For many reasons. First, it is God’s Law. And as it is written many times throughout Scripture, God’s Law is a good thing. Many people, when they think of the Old Testament Law, compared with the grace that God gave through the Lord Jesus Christ, they think “grace good—Law bad.” When that is simply not true. Not by any stretch of the imagination. In fact, the Psalmist wrote in Psalm 19:7-8—7 The law of the LORD is perfect, converting the soul; The testimony of the LORD is sure, making wise the simple; 8 the statutes of the LORD are right, rejoicing the heart; The commandment of the LORD is pure, enlightening the eyes. Psalm 119:72—The law of Your mouth is better to me than thousands of coins of gold and silver.

Second, this is still part of the first covenant. By this covenant, God promised the people that if they obeyed His Law, and held to His word, that even if they stumbled and sinned He still provided them a way to have their sin covered over. Even though this was, as it has been called, a “Covenant of Works,” this was still, indeed, a covenant of grace. Was it necessary for God to give the people a way for an innocent animal to die for their sins? Well, to the people it was necessary. But there was nothing that bound God to do so. He didn’t have to call Abram from Ur of the Chaldees, and promise him and his posterity long life and a land flowing with milk and honey. God didn’t—and still doesn't—owe anything to anybody.  If He had decided to let the whole of humanity slide down the pipe and into eternal condemnation, that would have been well within His rights. But He didn’t. He provided a way that a substitute could take their penalty and make atonement for them. In short, He provided a “substitutionary penal atonement” for His people some 1500 years before Golgotha.  Psalm 103:7-11—7 He made known His ways to Moses, His acts to the children of Israel. 8 The LORD is merciful and gracious, Slow to anger, and abounding in mercy. 9 He will not always strive with us, nor will He keep His anger forever. 10 He has not dealt with us according to our sins, nor punished us according to our iniquities. 11 For as the heavens are high above the earth, so great is His mercy toward those who fear Him.

In his most famous sermon, Jonathan Edwards shows us that man’s feet are walking in slippery places all our days, and that at any time our feet may fall. One of his opening paragraphs reads,
“The reason why they are not fallen already and do not fall now is only that God's appointed time is not come. For it is said, that when that due time, or appointed time comes, their foot shall slide. Then they shall be left to fall, as they are inclined by their own weight. God will not hold them up in these slippery places any longer, but will let them go; and then, at that very instant, they shall fall into destruction; as he that stands on such slippery declining ground, on the edge of a pit, he cannot stand alone, when he is let go he immediately falls and is lost.”
Many people read that and think “What kind of a God would let people fall into an eternal Hell?” But there is another question that begs answering: Why would God be so patient with us humans, who have rebelled against Him all the day long; who are stubborn and stiff-necked against His authority; who boast of ourselves all of our days; whose lives are full of hatred toward God and love toward self (Note: contrary to the writer of the song, the greatest love of all is NOT “learning to love ourselves.” We already do that from the time we are born). There is a question one should ask, much better than “What kind of a God would let people fall into an eternal Hell?” The better question is “What kind of God would save even a few of those who hated Him so?” So this Law, while requiring much work on the part of those under its protection, showed them infinitely more mercy than they truly deserved.

Third, Leviticus contains the details of the sacrifices that were meant to cover over their sins. While their sins would not be completely taken away and forgiven by these sacrifices, they would preserve the soul until the time when Christ would come and be the Mediator of the new covenant, by means of death, for the redemption of the transgressions under the first covenant, that those who are called may receive the promise of the eternal inheritance (Hebrews 9:15).  And it was these sacrifices and offerings which would give the people a picture, a shadow of the Christ who would come and remove their sins as far as the east is from the west (Psalm 103:12). It was these sacrifices that served, for nearly 1500 years, as the reminder, year after year, of the promises of God that He would send one to deliver them from their enemy—although when Christ came, the people rejected this One who was so clearly set forth. When He concluded His parable of the wicked vinedressers (Luke 20:9-19), Christ warned the Pharisees that He was the cornerstone the Psalmist spoke of in Psalm 118:22—The stone the builders rejected has become the cornerstone. The people did not realize—or, rather, did not want to realize—that their real enemy was neither the Roman nor the Greek nor any Gentile person or nation. Their real enemy was Satan, sin, and death. But they were so wrapped up in their self-righteousness that they could not see that the one they really needed to be delivered from was themselves.

All that being said, let’s look at the historical and theological context of this book we call “Leviticus.” That was not the original name for this scroll. That title comes from the Latin Vulgate translation of the Septuagint (LXX), which gave the title of this Scripture as Λευίτικόν (Leuitikon), or “Of the Levites.” However, the original title was ךיּקרא (Qawraw), meaning “And He called,” from the first word in the first verse of the book. The same can be said of Genesis, which was originally titled, in the Hebrew, ראשׁית (Reshiyt), “The beginning,” the first words in Genesis being “In the beginning.” God spoke all these words to Moses while the people were still camped at Mt. Sinai in the second year after the Israelites left Egypt, about 1443 B.C. (the Exodus from Egypt occurring and 1445 BC), and about one year after they got to Sinai.

Even with all the many and varied subjects dealt with in Leviticus, there are three common themes:
Of this system of sacrifice, Albert Barnes wrote,

“The whole sacrificial system of the Hebrew law was intended for a people already brought into covenant with the living God, and every sacrifice was assumed to have a vital connection with the spirit of the worshipper. A Hebrew sacrifice, like a Christian sacrament, possessed the inward and spiritual grace, as well as the outward and visible sign; and may have borne to each man a very different amount of meaning, according to the religious conditions of the mind. One may have come in devout obedience to the voice of the Law, with little more than a vague sense that his offering in some way expressed his own spiritual wants, and that the fact that he was permitted to offer it was a sacramental pledge of God’s good will and favor toward him. But to another, with clearer spiritual insight, the lessons conveyed in the symbols of the altar must have all converged with more or less distinctness toward the Lamb slain from the foundation of the world, Who was to come in the fullness of times that He might fulfill all righteousness, and realize in the eyes of men the true sin-offering, burnt-offering, and peace-offering.”

So, let’s begin to take a look at the text. Leviticus 1:1-2—1 Now the LORD called to Moses, and spoke to him from the tabernacle of meeting, saying, “2 Speak to the children of Israel, and say to them: ‘When any one of you brings an offering to the LORD, you shall bring your offering of the livestock—of the herd and of the flock.’” This is the “Burnt Offering.” This was brought by the person of their own free will (and, by the way, Leviticus and the various offerings are the only place in the Bible where you will find the phrase “free will”—thank you Jim McClarty!) This was completely voluntary, and was meant as a way of expressing the person’s thanks for God’s provision. The person said, “LORD, I thank You for providing for me and my family. Now, here is the choicest of my animals—I hereby burn it for You.” Doesn't make sense to us, does it? What I have is mine, I earned it by the sweat of my brow, it’s mine-mine-mine. Or is it? Psalm 24:1-2—1 The earth is the LORD's, and all its fullness, The world and those who dwell therein. 2 For He has founded it upon the seas, and established it upon the waters. It all belongs to God. Why? Because He made it. It belongs to Him because He created it and He can do with it what He pleases. And if you have something, it is only because God, by His grace and mercy, allows you to have it. “That’s not true! I own my own house!” No, you don’t. First, the bank owes it until you pay off the mortgage. And even after you pay off that big note, that house was constructed of things that were created by God. And until you pay God for using His materials—He still owns it. And He can take it away any time He wants to. That was what the person confesses who brings a “burnt offering.” The person is saying “Everything came from God; and everything shall return to God. I would have nothing were it not for the grace of the LORD our God.” Or, as Job put it, Job 1:21—“The LORD gave, and the LORD has taken away; Blessed be the name of the LORD.”