Where will the "hip/cool/relevant" church wind up one day? Here. 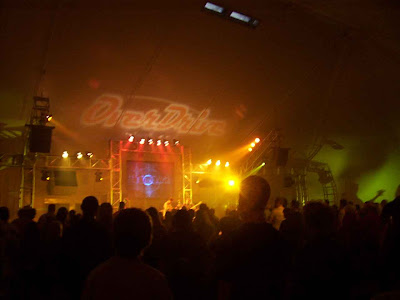 The following post is SATIRE. This is not an actual article, but rather a warning for the Purpose-Driven™/Seeker-Driven­™ "church" that brings every kind of sin into what is supposed to be a time to hear the preaching of the word of God. It is satire, but, sadly, it may one day be a reality.
=======================

Relevance, IN--A local church has angered residents by passing out fliers promoting what the church calls its "biggest outreach ever." The First Seeker-Sensitive™ Church of Relevance has announced that this Sunday they will be hosting an event they call "Porn, Pints, and Pole Dancers." The name of the event is self-explanatory, says Pastor Phineas Doofenshmirtz. "We know that there are a lot of people out there who are addicted to pornography and alcohol. So last year we surveyed these people to find out what would help to get them to come to church. We discovered that these people would feel most comfortable at church if there was an attitude of acceptance, and a non-judgmental environment. That is what we will be providing. This event is the result of our survey."

Many local residents who live in the vicinity of the church, located at 666 Pergamos Street at the corner of Laodicea Boulevard, are outraged. One parent said, "This stuff has no place in a church! The purpose of gathering on Sunday morning is to devote time to hearing the Bible preached, and feeding the flock. If they want to bring in people who are lost in sin, that's one thing. But the apostle Paul would never approve of this. I'm disgusted."

Many of the recent outreach efforts used by First Seeker-Sensitive™ have caused members to drop their membership, and find other church homes. Isabella Platypus told us she left after being a member for nearly 50 years. "They just don't care about us older members anymore. It's all about, 'What can we do to be cool and make the young kids like us more?' This used to be called 'Faith Community Church.' Pastor John Luther used to preach the word--I mean, he PREACHED the word! Now, they just stand there for 20 minutes, talk about movies, and think that is gonna make someone want to love Jesus. They have the kids run around wearing diapers and eating peanut butter from...Oh, I shudder just to think about it. Shameful. Just shameful."

When I shared these sentiments with pastor Doofenshmirtz, he responded using Scripture. "Paul was all things to all men. If someone worshipped an idol, Paul worshipped the idol with them. If a person was involved in temple prostitution--then so was Paul. And today, if Paul was here, he would join others who watched pornography. We can't keep worshipping a book, we need to 'take God out of the box' and ask ourselves, 'What would Bono do?' I just wish people would understand this." When I asked him if he was concerned about the feelings of the members who were leaving, he said, "Look, I can't help it if they're just a bunch of Pharisees. This is how Jesus would do church!"

This is not the first time that First Seeker-Sensitive™ has invited controversy, and according to Pastor Doofenshmirtz, it won't be the last. "This is gonna be even bigger than last November, when we had Marylin Manson lead the choir during service! Do you know, that one Sunday alone, we saw 8,000 young people meet Jesus! It was such an awesome time of worship with Marylin!"

Although may people have protested the announcement, not everyone in the Christian community is utterly opposed. Pastor Terry Goble, of Two Spring Church said, "Hey, if anyone wants to question Phineas' motives, they can kiss my A**! This man has done more to get people to come to church and sit in a pew for a little while than anybody in the history of the world! I know for a fact he has baptized over 120,000 people! In fact, he gave Two Spring the idea of holding an 'American Idol' competition in our own church. Had 15,000 people meet Jesus that day! I suppose these same people would get their knickers in a bunch if we, say, played AC/DC on Easter Sunday. Some of these folks--just a bunch of jacka**es!!"

All of the money that gets taken up in the offering will go to build a new sanctuary to replace the 20,000-seat center they meet in now. Pastor Doofenshmirtz says, "That's a big project. This effort will help to pay for it--one dollar bill at a time! Hey, we can't worry about whether or not this will cause someone to stumble. We've got to get the crowds in here! And if we have to invite Satan through the front door--well, so be it. We're gonna do what we want to do, and hope that God will bless it!" It remains to be seen how successful this effort will be, and what long-term ramifications are in store.
Posted by Unknown at 3/11/2010 12:32:00 PM