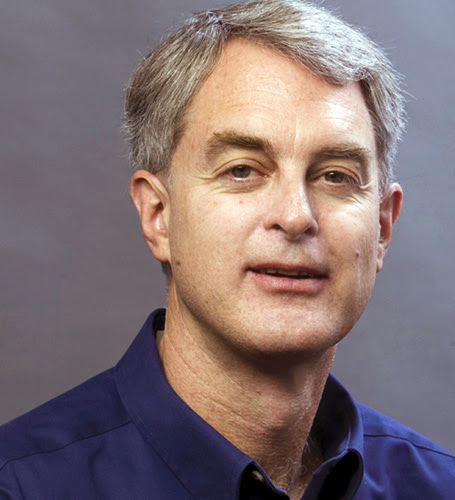 After reading Pilgrim's post here, as well as this post about George Barna's growing fascination with ecumenicalism (and this follow-up), I decided to combine the two into one FICTIONAL story.

By Mariam Zecharyahu
Jerusalem (JP)--A new George Barna poll has found that the popularity of a certain Nazarene prophet, which had been growing geometrically over the first two years of his ministry, is beginning to show signs of slowing, and, in some cases, the number of people opposed to his teachings is actually greater than those who still favor his doctrines.

Yehoshua Ha'Mashiachah bar-Yusef, whose claims about being the Christ of YHVH have divided people everywhere he has gone, continues to enjoy support from the outcasts of society. But among those in power--especially among the very influential Pharisaical community--his claims to being the only begotten of YHVH Himself have brought about only scorn. As one Pharisee (who spoke to us under condition of anonymity) has said, "He is a blasphemer! I was there when he said that he and YHVH were one. What an outrage to mock the Shema like that! Only YHVH is One!" A scribe, who also wished to remain nameless, said, "The man has a lot of gall! To say what he did, that 'I AM.' Does he not know, that is a title reserved for YHVH?"

These and other such statements he has made--statements which, according to these experts in the Law and the Prophets, prove that he is claiming to be God--have been linked directly to the downturn in approval of this so-called 'prophet,' and have almost caused his death on more than one occasion. Says Barna, "I think the wheels started coming off when he first got to Jerusalem. I mean, he's not in the city even a day and he's tipping over tables, and calling moneychangers 'thieves' and so forth. He doesn't seem to be very tolerant of other people's feelings."

But it's not just his political opponents who are so critical of this son of a carpenter. One young man, a ruler in a local synagogue, shares his story of a personal encounter he had with the man who claims to be the Christ of God: "he told me I had to sell everything I had, give the money away--and follow him? That's the most ridiculous thing I have ever heard! All I could do was walk away! Guy didn't even apologize!" I spoke with Mr. Barna about this encounter the young man shared with me. He said, "I don't get this 'Jesus' fella, as the Greek-speaking Jews call him. Honestly, he comes off as being kinda arrogant. It's no wonder his numbers are dropping. If you examine his marketing technique, it's rather black-and-white. 'Follow Me or perish' is what he seems to be saying. That kind of 'take-it-or-leave-it' approach turns a lot of people off. He should have gone back to that poor boy and reassured him that God still loves him and has a plan for his life."

And in what may be a bellwether of the inevitable end of this man's public speaking career, even one of his own disciples spoke to me in confidence about his own misgivings concerning his rabbi. "We were over at this one fellow's house. Now, mind you, the guy is a Pharisee. A Pharisee! I mean, this guy has some clout with men! If we get in good with him--it solves all our financial troubles. And Rabbi not only lets some dirty harlot cry and rub her hair on his feet. Then he goes and bad-mouths the guy in his own house!" I spoke at length with this disciple, who told me of another difference of opinion he had with his rabbi. "Ok, we're at this other fellow's house. This girl comes in, busts open a flask. Not just any old flask. The thing's made of alabaster. Alabaster! You know how much that stuff sells for retail? So then what does she do? She pours spikenard all over him. I gotta tell ya, to see that much money wasted, when it could have fed the poor--I was outraged. Outraged!"

"It's sad," says Barna. "To see a man who once spoke a message of love and peace and acceptance. Now, he's gone and made enemies of the men who could really help his career. In this day and age, you gotta build consensus. And that was something I thought he was doing really well early in his career. In fact, in one poll I took, this Samaritan woman--a widow five times over--told me that he had said to her that Jews and Samaritans were going to worship together. That would have been so wonderful if he had just stopped there."

Could it be that this 'prophet' is spelling his own end? It seems to be true. "But now, he's going and saying that you have to see him to see the Father? I'm sorry, but you can't be so exclusive. You've got to be sensitive to the needs of people that are seeking a meaningful relationship with God. If he's not careful, he's gonna wind up crucified by the press--or, the Romans." Only time will tell how history regards the teachings of a man who preaches that he is only one way to God.