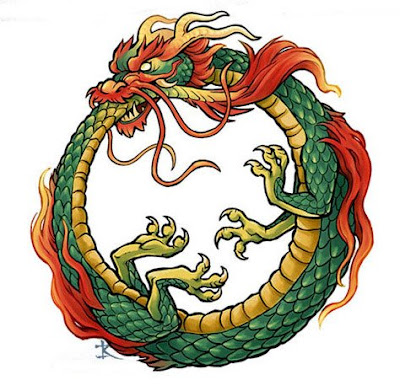 29. Since the Word of Wisdom teaches us to abstain from alcohol, why did Paul encourage Timothy to drink wine for the stomach? (1 _Tim. 5:23).

In Timothy's day, water was often not safe to drink. (Historically, it is interesting that the temperance movement opposing alcohol only took off in the United States once relatively clean water supplies were available to most people—prior to that, alcohol mixed with water was a necessary way of keeping water drinkable.)

The Word of Wisdom was given to modern saints as protection against "the designs of conspiring men in the last days." Certainly we don't have to look far to see such conspiracy against the health of customers at work today in tobacco companies or street drug dealers.

This shows why modern revelation is so important—what was dangerous for us in the modern age (cigarette manufacturers, illicit drugs, alcohol marketing, etc.) may need different advice from God than that given 2000 years ago where dying from dysentery transmitted by contaminated water was a far bigger risk than dying of cirrhosis or stomach cancer.

A related question which Christian critics ought to ask themselves might be, "Since we know now that alcohol—including wine—can cause gastritis, ulcers, or stomach bleeding why did Paul (a prophet!) tell Timothy to use it?"

This is a lot like earlier questions about Joseph Smith or Brigham Young expressing a false, though popular, opinion about scientific matters. Paul isn't any less an apostle because he expressed a false idea about the benefits of alcohol on stomach problems.

To learn more: Wine for the stomach and the Word of Wisdom

30. If obeying the Word of Wisdom—which tells us to abstain from coffee, tea, alcohol and tobacco—is important for our exaltation, why did Jesus say that there is nothing that can enter a man to make him defiled (Mark 7:15)?

The Word of Wisdom says nothing about such substances "defiling us." Members believe it is important to obey the Word of Wisdom because God has commanded us not to do something, and we have promised not to do it. We should keep our promises to God.

The Jews promised not to eat pork, and so it was a sin for them to eat pork—not because pork contaminates or "defiles" them, but because disobedience (that which comes OUT of us, as Jesus said) shows we do not love and trust God.

The underlying principle here is obedience to God, not the Word of Wisdom, per se.

To learn more: Word of Wisdom

Once again, we see FAIR questioning Paul's qualifications to be an apostle by saying he didn't know what he was writing about. A related question which Christian critics ought to ask themselves might be, "Since we know now that alcohol—including wine—can cause gastritis, ulcers, or stomach bleeding why did Paul (a prophet!) tell Timothy to use it?" Notice the smugness and condescension they use in pointing out that--gasp! a prophet!!--told Timothy to do something that would harm him!! Then, once they have adequately dumbed-down the apostle, they can boost Joseph Smith and Brigham Young to his level, since there was nothing too special about Paul. Hence their assertion, This is a lot like earlier questions about Joseph Smith or Brigham Young expressing a false, though popular, opinion about scientific matters. Paul isn't any less an apostle because he expressed a false idea about the benefits of alcohol on stomach problems.

But, again, FAIR shows that they don't really like to actually read the passage of Scripture in question. They would just as soon just kinda skim over it and give it a cursory glance rather than actually learn what it says. Notice, then what Paul tells Timothy: No longer drink only water, but use a little wine for your stomach’s sake and your frequent infirmities.The word "little" is the Greek όλιγος (oligos). We get words like oligohydramnios (ask your OB/GYN). It refers to a very small amount. And can be related to a measure thus: "of number: multitude, quantity, or size; of time: short; of degree or intensity: light, slight." Paul tells Timothy to drink "a little wine." He's not telling Timothy to chug a fifth of Mogen David™ at every meal. Whether the connotation is a small amount of wine, or if it is weak wine, or if it is for a short time, one thing is for certain: Paul is telling him to "go easy on it."

But, let's go ahead and address the question of thy stomach's sake. The word translated "stomach" is the Greek στόμαχος (stomachos). A nearly exact transliteration into English gives us "stomach." And if we consider that many times the Bible refers to the inward parts using many different references: the heart, the bowels, the kidneys. If you have a Bible that has marginal notes, you may often find that when the OT refers to the heart, the marginal note may say something like "lit., kidneys." So to say that this was Paul giving a prescription strictly this for Timothy's stomach may not be the best rendering. Whatever the ailment was, it was, nonetheless, affecting his "inward parts."

Keeping that in mind, consider that at the time wine was used as a type of analgesic. If you recall, as Jesus hung on the cross, they gave him to drink wine mingled with myrrh: but he received it not (Mark 15:23). If you have a headache, you take an aspirin. If you are having surgery, they give you Versed and some other drugs to knock you out. So, to wrap this puppy up, Paul was telling Timothy, "If you're sick, don't drink the nasty water that Ephesus is noted for. Drink a little bit of wine, and see if that helps take the edge off the pain."

Now, as far as their claim that The Word of Wisdom was given to modern saints as protection against "the designs of conspiring men in the last days." Certainly we don't have to look far to see such conspiracy against the health of customers at work today in tobacco companies or street drug dealers. I would assume they are also lumping beer and liquor companies in with the tobacco companies and drug dealers. If so, they have thrown Joseph Smith under the bus. After all, a cursory study of Mormon history will show you that Joseph Smith not only authorized and distributed liquor licenses, but also set up a bar in his house and drank wine and beer himself.

So, moving on to "Answer 30." This nonsense about The Jews promised not to eat pork, and so it was a sin for them to eat pork... Uh, wrong! It was not a matter of the Jews "promising" to not eat pork. It was a matter of God commanding them to not eat pork. Leviticus 11:7--"And the swine, though he divide the hoof, and be clovenfooted, yet he cheweth not the cud; he is unclean to you."

But here's the thing: The Word of Wisdom says, in the last four verses,

And all saints who remember to keep and do these sayings, walking in obedience to the commandments, shall receive health in their navel and marrow to their bones; and shall find wisdom and great treasures of knowledge, even hidden treasures; and shall run and not be weary, and shall walk and not faint. And I, the Lord, give unto them a promise, that the destroying angel shall pass by them, as the children of Israel, and not slay them. Amen.

OK, I'm no rocket surgeon, but it seems as though there is more than a little bit of a threat in there.If the "destroying angel...shall not slay" those who keep the WoW--what does that say about those who do not keep it? What's all this about "It's more about obedience to God, not the Word of Wisdom?" Didn't the WoW come from God? And if it did, and one disobeys it, are they not disobeying God? And doesn't that, in fact, mean that whatever goes into the person defiles them?