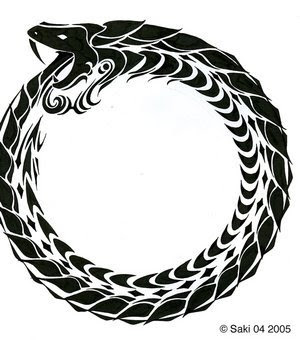 28. If marriage is essential to achieve exaltation, why did Paul say that it is good for a man not to marry? (1st Corinthians 7:1)

Paul does not say it is good not to marry, but quotes the Corinthian Saints' comments in a previous letter to him. Paul is responding to this claim, and he critiques it.

To learn more: Paul says good not to marry?

Methinks FAIR is misunderstanding Tower's intentions in asking this question. It's almost the same misunderstanding Catholics have with us Protestants when we deny the doctrine of Mary's perpetual virginity. They seem to be under the impression that we think sex (or, in this case, marriage) is a shameful thing and that we think it is "icky."

On the contrary. We are not saying that marriage is a "bad" thing. Neither is Paul. And above all--knowing that the Scriptures were God-breathed--neither is God! And if FAIR knew their Bible, they would have gone immediately to Hebrews 13:4--Marriage is honorable among all, and the bed undefiled. Or even 1st Timothy 4:1-3--Now the Spirit expressly says that in latter times some will depart from the faith, giving heed to deceiving spirits and doctrines of demons, speaking lies in hypocrisy, having their own conscience seared with a hot iron, forbidding to marry... (Not to say anything about Catholics forbidding their priests from marrying, mind you...[/sarcasm]) But, the Mormon cannot get around the fact that Paul said he would have men to be as he was (i.e., unmarried). But, let's dive into the text, shall we?

What is the first thing we need to consider before we examine ANY text from the Bible? Say it with me kids! CONTEXT...CONTEXT...CONTEXT. What is the context of 1st Corinthians 7? There had come up some question(s) in the church at Corinth concerning marriage. One of them seems to be what Paul is quoting in verse 1, that it is good for a man not to touch a woman. And, if it is good for a man not to touch a woman, does that mean that one should abstain from even marrying? But Paul tells them they have misunderstood his point. What he meant was that it is good if a man does not touch a woman he is not married to. But, if he IS married, then he should render to his wife due benevolence (in the biblical sense of "knowing" her, verse 3. And speaking of Catholics, doesn't this mean that Joseph should have rendered his "due benevolence" unto Mary? Just sayin'...).

So, why does Paul say it is good for men not to marry? Now, slow down there my Mormon friend! Because, contrary to what you will accuse me of saying, he is NOT saying it is BAD if you DO marry! The answer to the question of why he says it is good not to marry is found in 1st Corinthians 7:33-35--But he who is married cares about the things of the world—how he may please his wife. There is a difference between a wife and a virgin. The unmarried woman cares about the things of the Lord, that she may be holy both in body and in spirit. But she who is married cares about the things of the world—how she may please her husband. And this I say for your own profit, not that I may put a leash on you, but for what is proper, and that you may serve the Lord without distraction. Now, we could do an entire study of these verses but we won't.....today. But notice the parts that are in bold. The reason Paul advises them to not marry is simple--so that they may serve the Lord unhindered. 2nd Timothy 2:4--No one engaged in warfare entangles himself with the affairs of this life, that he may please him who enlisted him as a soldier.

But, there's another thing we need to notice about this passage. Look at verse 4. The wife does not have authority over her own body, but the husband does. And likewise the husband does not have authority over his own body, but the wife does. So, this means that Emma Smith had authority over Joseph's body, yes? So, knowing that Joseph Smith's fleshly lust was pretty strong, how could he go out and have sex with all the girls he wanted to have? "Hey!! I've got it!! I'll have "God" speak a commandment to Emma, telling her that she must let me have as many women as I want, or God will destroy her!! Doggone, I'm getting good at this "prophet" stuff!!" So, he comes up with Doctrine and Covenants 132:52-54--And let mine handmaid, Emma Smith, receive all those that have been given unto my servant Joseph, and who are virtuous and pure before me; and those who are not pure, and have said they were pure, shall be destroyed, saith the Lord God. For I am the Lord thy God, and ye shall obey my voice; and I give unto my servant Joseph that he shall be made ruler over many things; for he hath been faithful over a few things, and from henceforth I will strengthen him. And I command mine handmaid, Emma Smith, to abide and cleave unto my servant Joseph, and to none else. But if she will not abide this commandment she shall be destroyed, saith the Lord; for I am the Lord thy God, and will destroy her if she abide not in my law. "See that, honey? This ain't me talking, this is God!! And, ya know, ya gotta obey what He says! I mean, hey, it's not that I want to go sleeping with a bunch of wives, but if God said it, hey, I'm good with it! I, uh, I mean, I guess I'll do it!"

And, to justify his lust, he decided to let "God" allow him to have his 33 wives in D&C 132:61-62--"And again, as pertaining to the law of the priesthood—if any man espouse a virgin, and desire to espouse another, and the first give her consent, and if he espouse the second, and they are virgins, and have vowed to no other man, then is he justified; he cannot commit adultery for they are given unto him; for he cannot commit adultery with that that belongeth unto him and to no one else. And if he have ten virgins given unto him by this law, he cannot commit adultery, for they belong to him, and they are given unto him; therefore is he justified." This passage has been covered under one of the other questions, so for more click here. But here's another thing: It says if any man espouse a second wife who is a virgin. Um, if any Mormon historian can tell the truth here: were ALL of Joseph's wives virgins who had not been espoused to other men? No? Well, then I guess he'll just have to be destroyed. Sorry. Those are the words of your "God."

Now, as far as relating this to 1st Corinthians 7:2 says--Nevertheless, because of sexual immorality, let each man have his own wife, and let each woman have her own husband. See that word "wife"? What do you notice about it? Is it plural? No. It is singular. "WIFE" not "WIVES." Therefore, D&C 132 goes against what is clearly spelled out in this passage. But, I guess this was just Paul's idea. Or, perhaps, it was one of those "truths, plain and most precious that were removed from the gospel of the Lamb."
Posted by Unknown at 6/29/2009 02:57:00 PM