Two in a row for the 'Cuse!

How 'bout that Syracuse Lacrosse!!! Showing the heart of the champions they are, they overcome a 3-goal deficit in the last 3 minutes, tie the game with 0:04 left in regulation, and win an overtime thriller over Cornell.

The Syracuse University men's lacrosse team, down three goals with four minutes to play and the ball in Cornell's possession, staged an unlikely, incredible four-goal rally Monday afternoon to defeat the Big Red 10-9 and win its second consecutive Division I national championship on Cody Jamieson's crease shot off a pass from Dan Hardy 1 minute, 20 seconds into sudden-death overtime.

"As soon as I shot it didn't even look. I just started running (the other way in celebration)," Jamieson said. "I knew it was in."

The climax came after senior attackman Kenny Nims sent the game into OT with a lunging wrap-around goal with only 4.5 seconds remaining in regulation in front of a Gillette Stadium Memorial Day crowd of 41,935 and a national television audience.

"I'm just speechless," said Nims, whose lone goal was enough to earn him honors as the game's Most Outstanding Player.

It was fitting, because in this case deeds spoke louder than words. 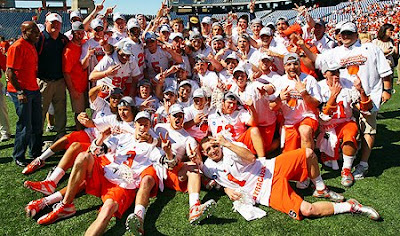 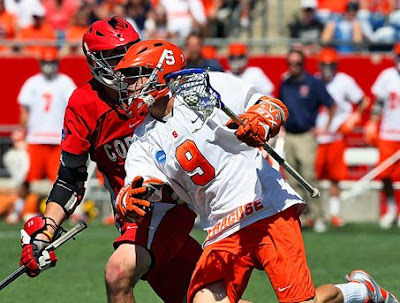 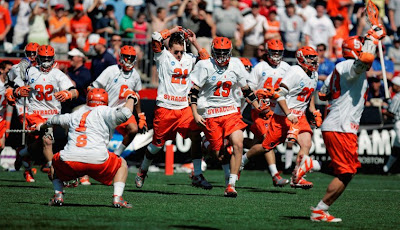 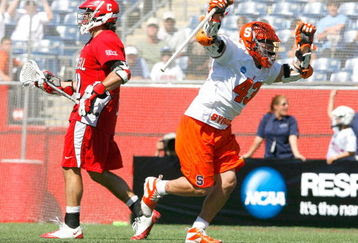 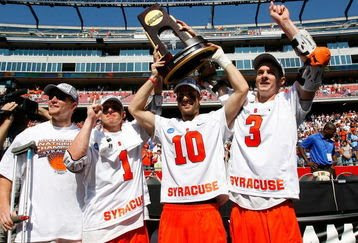