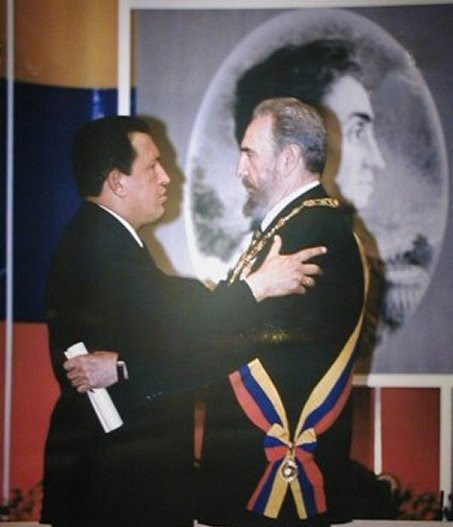 That's right! John "I paid $400 for this haircut, and Ann Coulter still made fun of me" Edwards has decided that in order to really increase the chances that his presidential campaign will go down in thunderous flames, he needs to bring a washed-up, washed-out, has-been-and-never-was actor onboard. One whose sheer hatred for America is overshadowed only by his love and admiration for an egomaniacal third-world tinhorn despot (via Right Wing News):

The Democratic presidential candidates are really working hard to try to get to way off to each other's left. In an age where their every move is chronicled on blogs and YouTube, you have to wonder if that's a good idea. For example, take John Edwards,
"Democratic presidential hopeful John Edwards added some Hollywood star power to his focus on rural problems, campaigning Wednesday in South Carolina's small towns with actor and political activist Danny Glover.

Glover, whose movie credits include "The Royal Tenenbaums" and the "Lethal Weapon" series, joined Edwards as he spoke to a crowd of more than 200 about increasing employment and improving education.

There is a veritable treasure trove of useless, pathetic, and absolutely bonkers quotes from Danny Glover --

“We must work to remove injustices that create terrorism.”

"This week President Bush implemented a military tribunal ... which will make it easier for us to execute. This clearly is a slippery slope. We must stand vigilant against Bush in these times and work with the abolitionists [???]...One of the main purveyors of violence in this world has been this country [the U.S.], whether it's been against Nicaragua, Vietnam or wherever."

From Discover the Networks:

An avid supporter of the socialist Venezuelan dictator Hugo Chavez, Glover has visited Venezuela several times and has made guest appearances on Chavez's television and radio talk show, "Hello, President". He is a Board member of Venezuela's "TeleSUR" news network, which Chavez created in 2005.